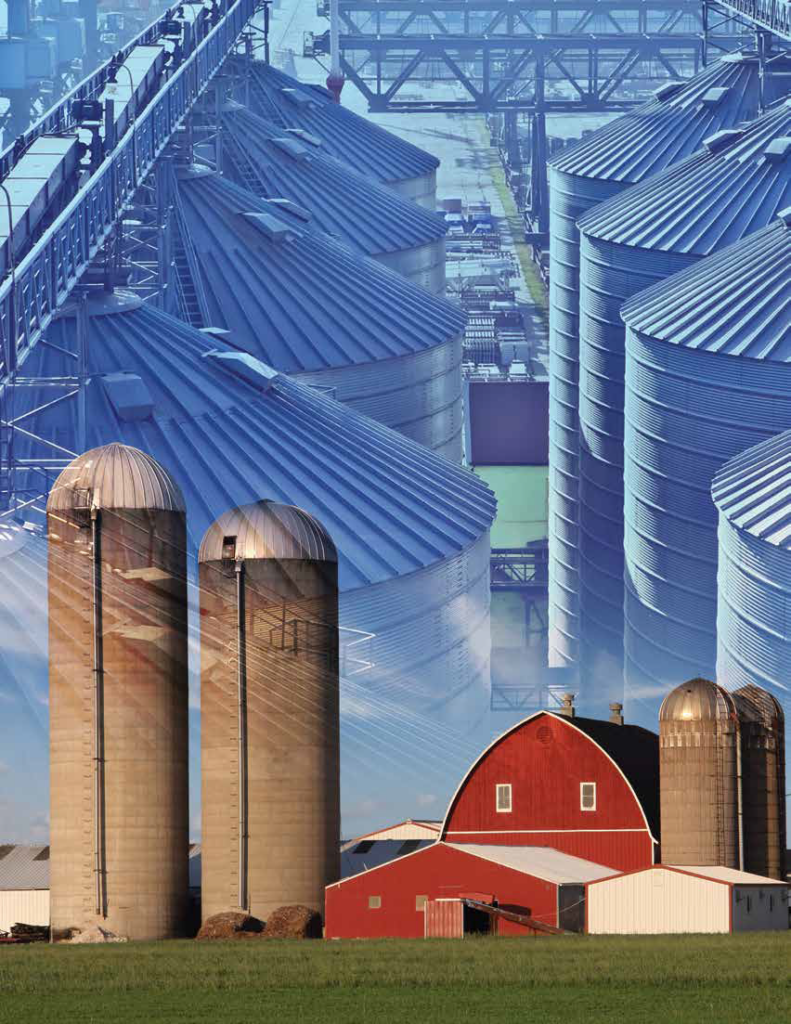 “BIG AG” VERSUS THE FAMILY FARM

Nine Midwestern states have laws that restrict the involvement of publicly held corporations in agriculture. In mid-March, 2015, following a hotly-contested public debate, lawmakers in North Dakota, which has the second oldest anti-corporate1 farming statute2 in the U.S. (the “Act”), approved an amendment to the Act that permits corporate dairy and swine farms to operate in North Dakota for the first time since 1932 (the “2015 Amendment”).

When first enacted in 1932, the Act prohibited all corporations, foreign and domestic, from engaging in farming in North Dakota. In 1981, the Act was amended to provide that all corporations and limited liability companies3 were prohibited from owning or leasing land used for farming or ranching and from engaging in the business of farming or ranching, unless they met an exemption. One of the enumerated exemptions was for family farms and ranches, provided that:

• They have 15 or fewer shareholders,

• Each shareholder is related to each other share- 3 Interestingly, the Act did not expressly exclude limited or general partnerships. Query whether this was because the types of enterprises the Act intended to exclude from farming (i.e., Big Ag) do not often utilize the partnership form of business entity, for reasons outside the scope of this article.

• The officers and directors are shareholders and are actively engaged in operating the farm or ranch,

• At least one of the shareholders lives on the farm or ranch,

• At least 65% of corporate income is derived from agricultural operations, and

THE 2012 AMENDMENT TO THE NORTH DAKOTA CONSTITUTION

ANTI-CORPORATE FARMING IN OTHER STATES

In addition to North Dakota, eight other states currently have prohibitions against the corporate ownership of farm assets: Iowa, Kansas, Minnesota, Missouri, Nebraska, Oklahoma, South Dakota and Wisconsin. According to the Community Environmental Legal Defense Fund, nearly a third of all U.S. agricultural revenue is derived from these nine states. Thus, legislation pertaining to agriculture in any of these states is significant, but particularly in light of the collective trend in favor of authorizing corporate farming. Oklahoma has the oldest anti-corporate farming law in the U.S., dating back to 1907 (that is, since statehood). Like North Dakota, Oklahoma has seen a loosening of its corporate farming ban over time. Oklahoma’s blanket constitutional prohibition on corporate farming was rendered ineffective in 1969 when the Oklahoma Supreme Court held that corporations could be chartered for the express purpose of farming. Oklahoma’s anti-corporate farming statute still declares that the state’s public policy prohibits any foreign corporation from engaging in farming or ranching or owning or leasing any interest in land to be used in the business of farming or ranching. However, the statute permits a domestic corporation to engage in farming or ranching if: (1) its shareholders are natural persons, (2) it receives less than 35% of its revenue from non-farming sources, (3) it has fewer than 10 shareholders, and (4) it is approved by the State Board of Agriculture.5 There are a number of additional exemptions to Oklahoma’s anti-corporate

POLICY IMPLICATIONS OF BIG AG VERSUS THE FAMILY FARM

corporate farming is ongoing. The arguments pertain to everything from the environment to employment to sustainable food supply. On the one hand, those opposed to Big Ag claim that large corporate farmsare more likely than family farms to cause serious environmental damage. They also feel that Big Ag will be unfairly protected from liability by such large farms’ corporate status. Perhaps most strongly, they argue that Big Ag will make it impossible for family farms to compete and stay afloat since large corporate farms benefit from economies of scale, increased productivity and specialization of labor. According to industry expert, Dr. Peter Davies, it is harder for a “small farm to be as economically sustainable in a commodity industry.” Production costs are typically higher for small farms, which “may need to find markets that reward them for their differentiated production process/practices (antibiotic-free, organic, etc.).” Nonetheless, such markets do exist these days. With farmers’ markets, locally grown foods, and the “slow food” movement all en vogue, and thanks to movies such as “Food, Inc.,” consumers are growingskeptical of factory farms, “agribusiness” and the like. By contrast, Big Ag proponents claim that anti-corporate farming laws are unnecessarily restrictive and anti-capitalistic. Supporters of the 2015 Amendment for instance, contend that it will open the door to corporate investment that will help North Dakota dairy and pork operations rebound after years of decline. Supporters also believe that the 2015 Amendment will improve farmers’ access to capital, improve the state’s economy, and help fuel other agriculture business, such as feed and fertilizer. In addition to the economic arguments against anticorporate farming laws, a number of courts, including the U.S. Supreme Court, have heard challenges to such legislation on the basis that they were in violation of the U.S. Constitution. Although courts have consistently denied arguments that anti-corporate farming statutes contravened the Equal Protection Clause, Due Process Clause, Privileges and Immunities Clause, and Contract Clause, one successful basis for arguing the unconstitutionality of anti-corporate farming statutes has been the dormant Commerce Clause. In South Dakota Farm Bureau, Inc. v. Hazeltine, 340 F.3d 583 (8th Cir. 2003), the Court held that an anti-corporate farming law enacted as a voter approved amendment to the South Dakota constitution was unconstitutional because it violated the dormant Commerce Clause of the U.S. Constitution. In Smithfield Foods, Inc. v. Miller, 241 F.Supp.2d 978 (S.D. Iowa 2003), the Court held that Iowa’s anti-corporate farming law violated the dormant Commerce Clause and was discriminatory on its face, in its purpose, and in its effect. Thus, while anti-corporate farming statutes have typically held up to constitutional challenges on the federal level, claims based on the dormant Commerce Clause may be viable.

Whether grounded in economic sustainability, constitutionality or morality, people’s feelings towards anti-corporate farming laws are passionate. While it remains to be seen how the 2015 Amendment’s dairy and swine farm exemption to the Act will affect agriculture in North Dakota, it certainly seems that doors are opening more broadly to non-family corporate farming operations in the state. Attorneys representing clients involved in agricultural enterprises should be aware of this changing tide, as well as the potential investment opportunities for corporations that were previously prohibited from involvement with North Dakota farms. Relaxing the standards for farming in North Dakota may enable corporate farms to operate there without having to satisfy the onerous requirements of a family farm. As history has shown in other states with traditions of “protecting the family farm” and limiting corporate farming operations, the trend appears to continue in loosening the restrictions that have historically kept corporations out of the business of farming. For ag investors, this may bring interesting opportunities. For small farm families, this trend may pose real threats to their existence.

(We do not share your data with anybody, and only use it for its intended purpose)